nüans was founded 2006 as an exhibition project by
the three artists Anna Heidenhain, Elmar Hermann and Maki Umehara. The first 6 month nüans was located in an empty shop in Düsseldorf behind the mainstation. There we realized groupshows with topics and a special side program (“Okara-evenings”). Since april 2007 nüans is continiously on the search for new possibilities for special presentations.

The first impression decides- that is said to be the same for advertisement as posters as love as persons. How does that make influence on presentation of art? It is placed in galleries, off spaces and art fairs next to designer furniture, in catalogues on presentationtables and competes with styled staff and visitors.
In „First 3 Sec.“ works of artists will be shown, that play with strategies of self-presentation and self-publicity. Positions that create their own fiction and their future place in memory.

Music at the Inauguration: Brat, Cologne 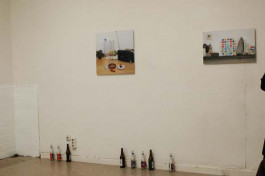 The world is not so complicated that we are urged to use permanently too many metaphorical connections to understand it.
An easy way of reading reality, which in this circumstance also means letter by letter can open new or already known perspectives that we are not used to. The program for that exhibition will present in different ways the advantages of an appearantly simple way of world making. And hopefully it will show that obvious simplicity can tipp over into diversity. 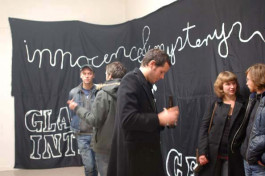 Uncountable talks, favouritessongs, pictures and videos y through universe whether directed
next door or faraway.
There have never been more ways to stay in touch with people we work with, are interested in or love . The same approach to informations, popculture and special knowledge is the source for similar exspec- tations and desires almost everywhere no matter the borders. Depending on the technical equippe- ment annoying delay and distortion can occur. But the actual obtsacles begin when everydaylife starts to function,when things still have to be transported, cooked and con icts have to be carried out in real. 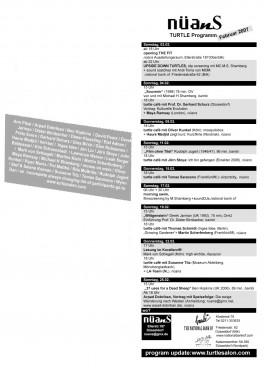 ”In Lebanon, at the border with Israel, there is a turtle sanctuary that is the result of being a pro-tected area during the civil war. The almost extinct Mediterranean sea turtle was allowed to ourish.This is something good that came out of the war. I have gone through my own corporeal civil war and TURTLE is my sanctuary and celebration”. Michael H Shamberg

Michael H Shamberg is known particularly for his work with the band, New Order, and the artist Lawrence Weiner. His feature Souvenir played at the I.C.A., and his short The Temptation of Victoria is currentlytouring festivals worldwide. Michael is returning to work on a lm in and of Beirut, while co-producing (withNatasha Dack) Enigmatic, a feature documentary about the groundbreaking British band, Joy Division, to be directed by Carol Morley. Shamberg was executive producer for Liam Gillick’s Construcci de Uno per- formed at Tate Britain in April, and his work with Lawrence Weiner was recently showcased at Tate Modern.

click here to have a look at what happened 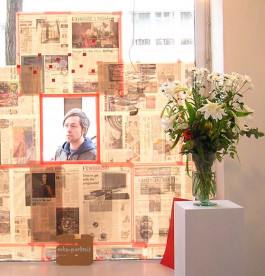 von The Center of Attention 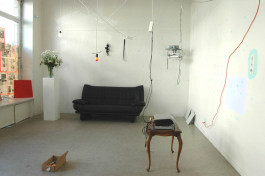