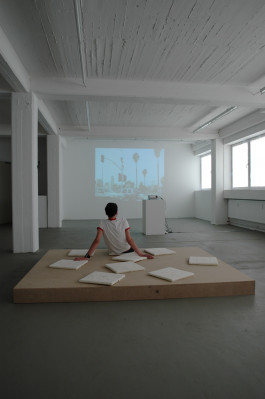 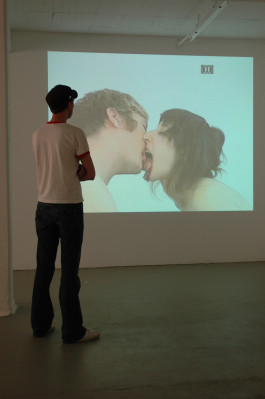 Chapman University. The choice of the works was focused on their documentary character sometimes including the process of their own production. The four selected artists share an intense interest in processes of film making and consuming.

Artist included in the exhibition were: 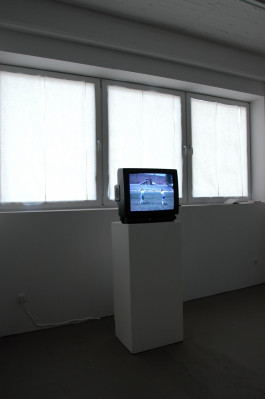 Anina Brisollas’ work plays with the transfer of media, the translation from real world to scale-model on to video, referring again to another medium: that of painting and drawing. The images in Marcus Herse's Video Installation Organize" are constantly renewing constellations. Interconnecting four views from life: art making, animal behavior, human communication and the graphic symbols of a fictitious sign language. Eli Cortiñas’s Dial M for Mother uses Hitchcockian suspense and beauty to explore the human longing for identity and autonomy. In Kao Okada’s The Point scenes from her daily routine are given new meaning when subtitles from litterature are added, her hope is for moments of her life “to obtain a tangible meaning“. 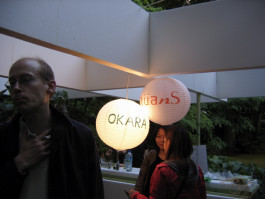 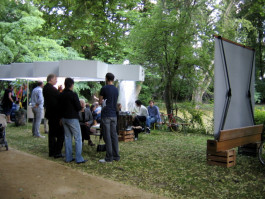